The lovely mild weather in East Anglia has meant that we have enjoyed fantastic autumn colour and there are still some gorgeous flowers in our gardens. The September or Michaelmas daisy was over-used in floristry when I first started my career and like Gypsophilia it is taking a long time to shift its bad PR. However in the garden it is delightful to see such vibrant colours so late in the year.  Roger Harvey of www.harveysgardenplants.co.uk introduced me to a carmine pink Aster-novae-angliae 'Anderken an Alma Potscheke'. This looks fabulous with Purple Aconitum and Nerines. 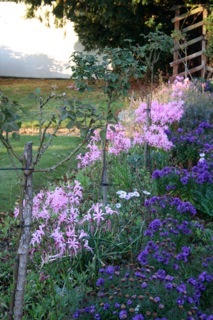 Nerines are originally from South Africa where they thrive in well draining soil. They often do well near south facing walls where it easier to replicate the kind of conditions they naturally adore. Like Chocolate Cosmos they have a faint fragrance of chocolate which is very pleasant. This is particularlynoticeable when you open a box of English grown Nerines. 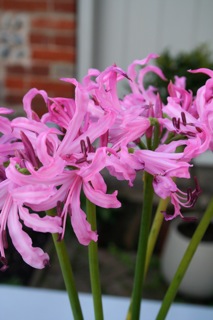 This pink variety is pretty much available all the year but in November there is still lots of white and red available to purchase as a cut flower. We grow some Nerines locally in the UK but The Netherlands is the principal supplier of this flower for the cut flower trade. They have an almost iridescent quality. Red Nerines almost sparkle as if they have been sprinkled with fairy dust. 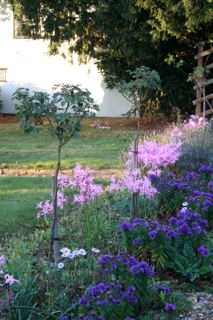 Elegant flowers on long stems. They look great in drifts in the garden but almost better observed individually in a vase. Nerine bowdenii is the most common in the UK. It's common name is Cape Flower as it is originally from South Africa. It is also known as Japanese Spider Lily as it had been previously thought for many years that it originated in Japan. It was also called the Guernsey Lily as it appeared to be native to the  tiny British Island South West of the mainland. It is widely thought that it became  a native plant of Guernsey after a ship was wrecked off the cost full of plants and bulbs collected by British plant hunters. The mild climate of the Channel Islands would have suited these bulbs. 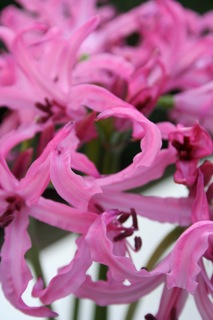 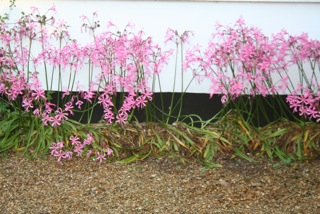 Nerines on a south facing wall at the edge of a gravel drive. The best place for the bulbs to thrive. If you are planting some bulbs, use some grit in the planting as this makes the soil as free-draining as possible and plant in Spring. Placing a layer of mulch on the top of the bulbs for the winter of the first year is a good idea but once established you can dispense with such luxuries! Established bulbs produce there leaves during spring and need as much sun in the summer as possible to make the flowers thrive. Having dormant leaves in winter makes this species tolerate lower temperatures than others in it genus. Like Alliums, by the time you get the flower in full bloom the leaves have faded. Nerines planted from bulbs don't normally flower in the first year. Once established they should flower annually and bloom best when crowded as you can see above.
Posted by paulapryke at 03:43
Email ThisBlogThis!Share to TwitterShare to FacebookShare to Pinterest 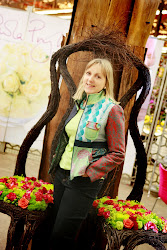 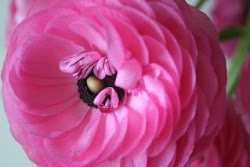 A pink ranunculus; my favourite flower